Back to School: Part 1 – The basics of biology for patients having IVF

In the days just prior to a monthly period, the pituitary gland at the base of the brain releases follicle-stimulating hormone, or FSH. From the thousands of follicles in the ovaries, a small group is recruited to grow while the vast majority, with their very immature eggs, simply remain at rest, awaiting their turn. The number of recruitable follicles varies among different women and can be predicted through an estimate of the ovarian reserve by antral follicle count and testing the AMH.

In the early days after the period, FSH hormone secretion increases, fostering further growth of follicles. Estrogen is produced by the granulosa cells of the follicle wall. In a natural cycle, the largest follicle sends an inhibin signal to the pituitary and turns down the FSH hormone. This inhibiting factor suppresses the other follicles and allows the largest follicle to become dominant. The estrogen is measurable in the blood and is around 300pg/ml at the peak.

The inner workings of egg development

In natural and stimulated cycles, the granulosa cells in the follicle produce estrogen, which fosters maturation and growth of an egg in each follicle. The cytoplasm matures simultaneously, and tiny energy-producing mitochondria multiply.

Initially, the egg is adherent to the granulosa layer inside of the follicle. On the last day or two before ovulation,  it is projected onto a small stalk. Under the influence of a brief surge of LH, final egg maturation occurs. The process of mitosis that occurred in cell division now changes to meiosis, cutting the two sets of chromosomes down to one. The egg releases a set of chromosomes into a tiny polar body, which is extruded and is visible under a microscope.

The mature egg is released into the follicle surrounded by a cloud-like group of granulosa cells, the cumulus mass, where it floats free for a few hours. The pressure in the follicle increases until the weakening wall ruptures and the egg gently floats away from the surface of the ovary.

At this point, the tube has used muscular contractions to magically sweep across the ovary. This allows the egg to be picked up from the ovary by the fibria, with its delicate fronds and microscopic villi. The egg is actually surrounded by the cumulus cells which are a mass of cells held by a sticky material. This allows the fimbria to sweep the cumulus mass along by waves of motion from the villi, like a sea of wheat in the wind.

Women who have endomentriosis, scar tissue from surgery, or infection involving the tube or ovary suffer impairment of these delicate processes. The most difficult situations are those that completely block the tubes, in which case IVF may be the best course of action to conceive. 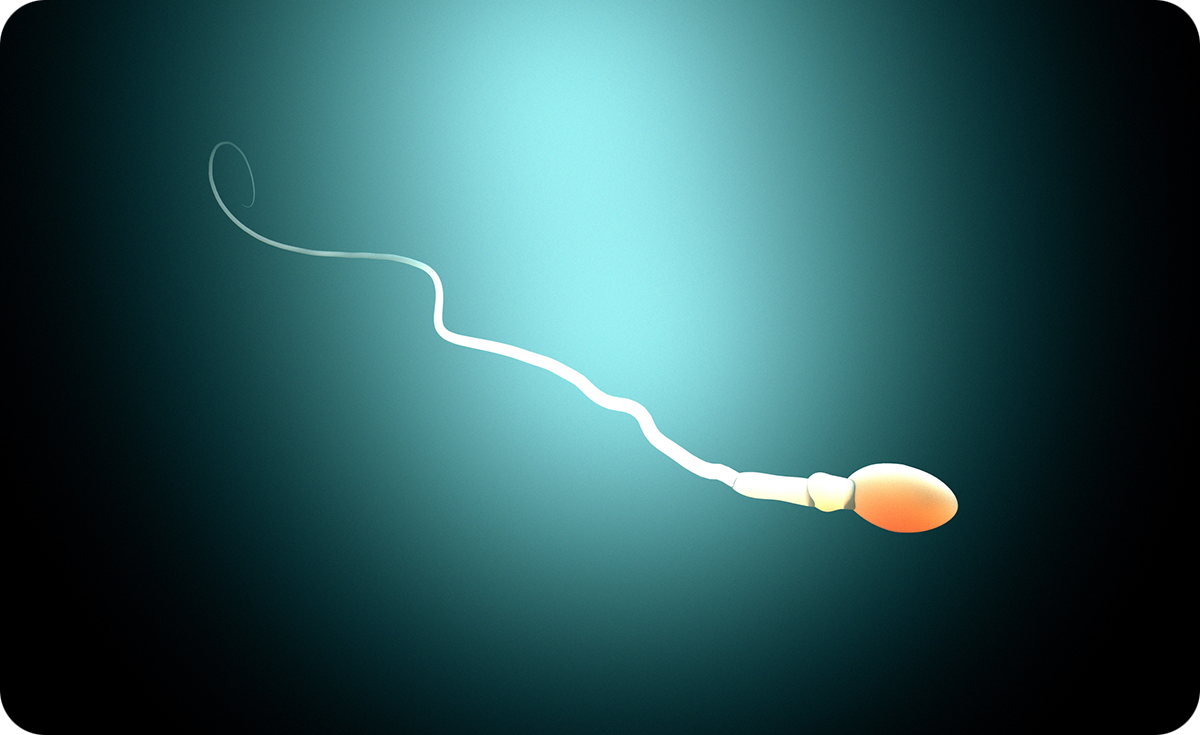 Semen is ejaculated into the vagina in seminal fluid. The ejaculate is quickly liquified and comes in contact with the mucus of the cervix. Contractions of the uterus facilitate transport of sperm all the way to the tubes within minutes. This action is far more rapid than sperm can swim, and does not depend on intercourse or orgasm.

Only the hardy sperm survive the filtering effect of the vaginal environment and the cervix, greatly reducing the numbers of sperm that continue toward the egg. As the sperm move through the fluids of the uterus and tubes and reach the egg, changes occur in the outer membrane of the head. These changes are termed capacitation, without which the sperm cannot fertilize an egg effectively in the body or in vivo. The fluids induce a shift in the swimming motion of the tail of the sperm from slow and symmetric to very rapid and asymmetric.

If there is no tube or the tube is blocked, the egg is simply lost within the abdomen and disintegrates. Assuming all is typical, the egg enters the trumpet-shaped fimbria of the tube. Through muscle contractions and waves of tiny villi, the egg enters the ampulla of the larger outer one third of the tube, where it remains.

At this point, sperm are typically already present. If not, as long as they appear within 12 to 24 hours, the sperm and egg seek to find each other thanks to chemical attraction and the fertilization process can begin. Because of barriers at the level of the vagina, cervix, and uterus, only a few hundred sperm are present in this portion of the tube.

Men who have low sperm numbers will see very small numbers, sometimes zero, sperm succeed in making the trek to the tube. 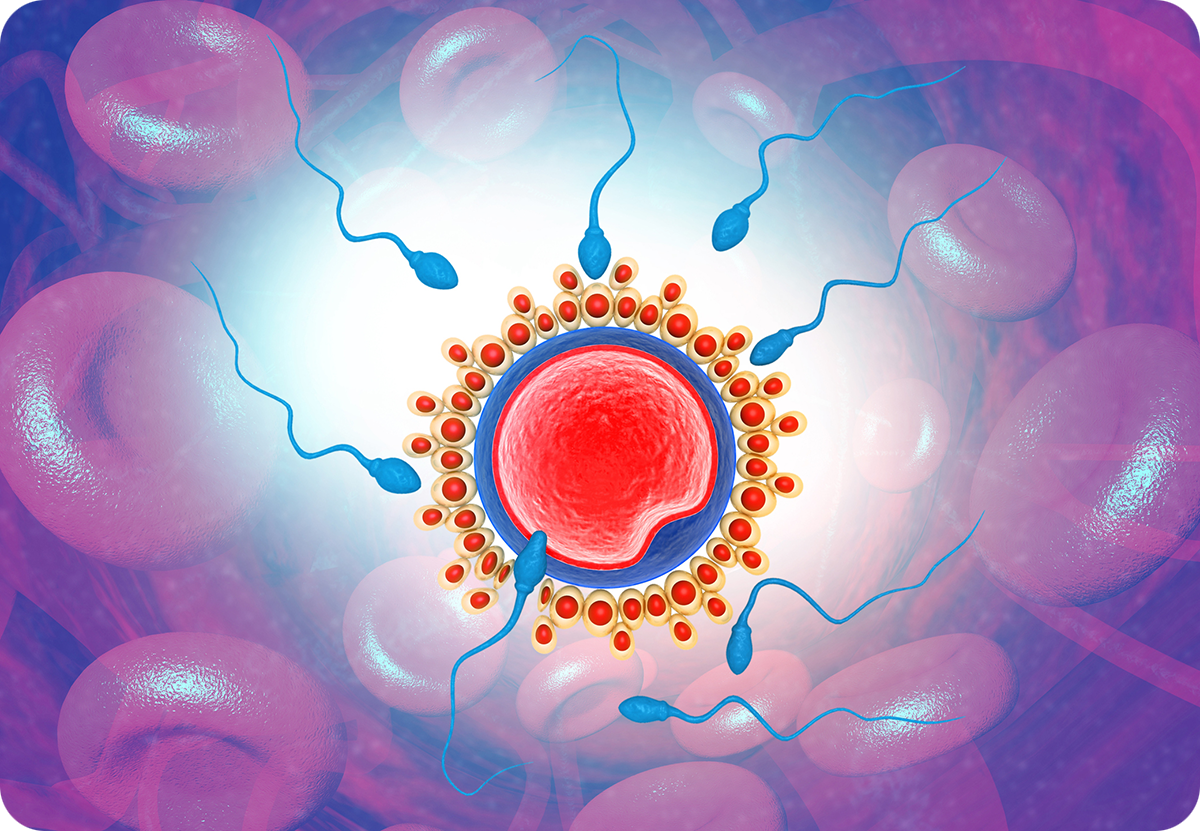 The egg is surrounded by a transparent shell made of  a complex protein, the zona pellucida, but the rapid, asymmetric sperm motion enables the sperm to penetrate it by releasing enzymes through the sperm head.

After penetrating the zona and in a fraction of a second, the sperm must attach itself to the membrane of the egg. This requires a protein on the sperm membrane called Izumo, named for a Japanese shrine dedicated to marriage. Only discovered in 2005, it has been found to pair up with a receptor on the surface of the egg called Juno, named for the Roman goddess of marriage and childbirth. Defects in either of these might lead to otherwise unexplained infertility.

The tail of the sperm stops beating immediately and the membranes of the cells fuse. As soon as the first sperm touches the egg, the egg membrane becomes resistant to polyspermy (many sperm), as entry of additional sperm might breach the zona. If extra sperm enter, too many sets of chromosomes are within the egg, which stops fertilization.

Meanwhile, the proteins of the zona begin to harden in a dramatic, virtually instantaneous process known as the fast block to polyspermy. This block is reinforced by a 30-second release of tiny organelles on the surface of the egg called cortical granules. These tiny cortical granules release a recently discoved chemical called ovastacin, which chemically transforms and hardens the zona, so no more sperm can penetrate. It’s a fascinating submicroscopic process – one of the miracles of reproductive biology.

Once the sperm enters the egg, the process is the same. The sperm head and part of the tail are in the ooplasm. The tightly packed DNA of the chromosomes expands and becomes surrounded by a membrane to form the male pronucleus. The microtubles of the centrosome guide the pronucleus to the center of the egg.

At the same time, the egg becomes activated and its DNA gets organized into the female pronucleus, also surrounded by a membrane. The day after fertilization, ideally there are two pronuclei: the nucleus of the sperm and the nucleus of the egg. The two pronuclei fuse quickly and the all important recombination of the DNA from the male and female pronuclei begin a complex process to merge and sort out. Then the one-cell embryo, known as a zygote, begins division into two cells later that day.

The blastocyst stage in nature 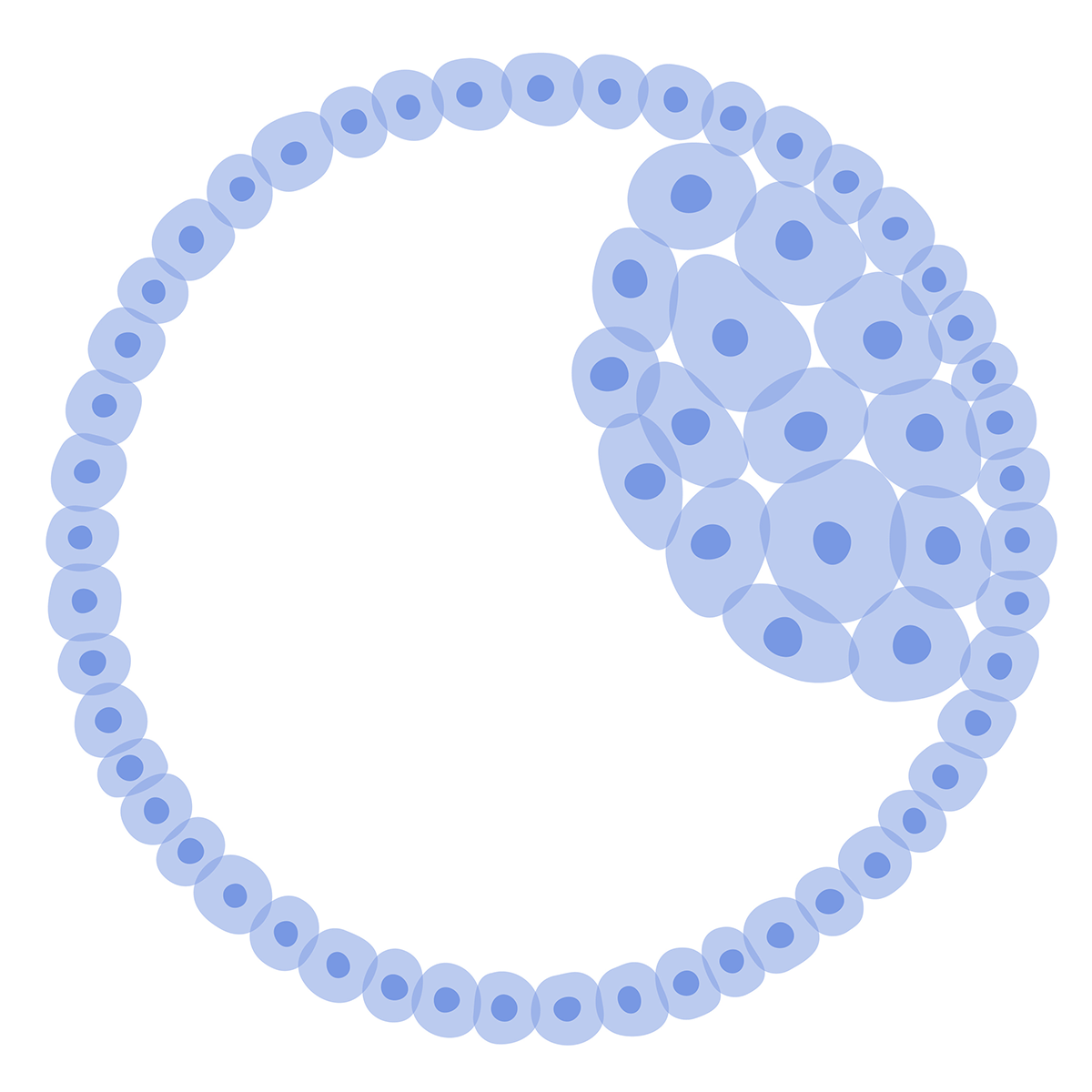 In nature, the fertilized egg remains in the tube for five days, at which time it has entered the  blastocyst stage of 80 to 100 cells, the embryo travels down to the uterus. There is cross talk between the blastocyst and the endometrium. The blastocyst actually hatches out of the zona just before implantation.

While two-thirds of blastocysts at this point do not implant, once implantation occurs, it takes approximately nine days before a pregnancy test comes back positive.

In Back to School: Part 2, we discuss how this process differs when a patient does an IVF cycle.

As a well-known pioneer in IVF, Dr. Joe Massey loves to share in the joy of helping build families. Dr. Massey’s achievements in fertility medicine include involvement in the first pregnancy in the world following assisted hatching in 1988 and in the world’s first pregnancy following intracytoplasmic sperm injection (ICSI) in 1993. He has led a number of clinical trials and co-authored many articles published in medical journals.

Navigating Infertility During the Holiday Season

As the year’s drawing to a close, the decorations are up, and people are gathering and exchanging gifts. But if you and your partner are

What Are Multi-Cycle IVF Plans and Are They Right For Me?

Choosing to undergo fertility treatment to get pregnant is a big step. Once you’ve decided to go this route, there will be some important decisions

How to Understand Insurance for Fertility Care

Thanks to in vitro fertilization (IVF), countless individuals and couples across the world have more access to family-building opportunities than ever before. However, IVF and

Three Questions to Ask Yourself About Affordable Fertility Treatment

One of the top priorities of individuals and couples seeking to grow their families through assisted reproductive technology is managing the costs of fertility care.